Local pilots who fly VFR often in the Los Angeles airspace are aware of the size and complexity of the regulated airspace. Visitors to the area can easily become confused with the mix of air carrier and VFR aircraft traffic. In addition to Los Angeles Int’l airport, four additional major airports in the basin handle air carrier traffic. The configurations of the Class B, C, and D airspaces are not consistent and the altitudes vary.

A midair collision between an AeroMexico DC9 and the Piper PA028 in August 1986 induced the FAA to raise the top of the TCA (Terminal Control Area) from 7,000 ft. to 12,500 ft.; and close the VFR corridor that enabled VFR travel north/south over the LAX airport. This created a barrier between the northern and southern parts of the LA Basin -- which caused great angst among the local aviation community. Something had to be done that would address both safety and functional airspace design.

As a result, local aviation community governments, airport operators, pilots and other airspace users organized as a group under the auspices of the Southern Association of Governments to work with the FAA on making the LA Basin airspace a viable resource to the community.Click here to see a .pdf of the original SCAG document authorizing the formation of SCAUWG.

This group, along with AOPA and others, worked with the FAA to reopen the "LAX Corridor", renamed Special Flight Rules Area; and lower the TCA (now called Class-B airspace) to 10,000 ft. Over the ensuing years, SCAUWG has evolved into a self-functioning and more indepenent organization in response to the changing needs of Southern California's airspace. Along with the growth and evolution of the Los Angeles basin over the years, there has been some small changes in the stakeholder makeup of the group; but the goal of ensuring safe, yet open access to planes of all types throughout Southern California has remained the primary focus of the group.

SCAUWG Co-Founder Pat Carey continues to work with dedicated effort to affect the changes needed in the Southern California Airspace that will help to insure a safer environment for all.

Pat began flying at the Hawthorne Airport, Hawthorne, California in 1963 obtaining a Commercial Pilot certificate in 1966. He entered the US Army in 1967 and attended the Army Rotary Wing Warrant Officer Flight School. He served in Viet Nam as a helicopter gunship pilot in the First Air Cavalry Division earning the Bronze Star and 38 Air Medals. A direct commission to First Lieutenant followed, and he continued his military career serving as a Flight Instructor, Artillery Unit Commander, General’s Aide and as an aviation maintenance test pilot. Staff and command assignments including Command of Libby Army Airfield, Fort Huachuca, Arizona.

In 1987 he retired as a Fixed and Rotary wing Master Aviator and resumed his civilian aviation career at the Northrop Aircraft Company as a Corporate Pilot and Test Pilot. However that was only the start of his accomplishments.  His career biography is EXTENSIVE!  Probably no one knows more about the SoCal airspace than Pat, who gained additional years of experience flying as a corporate ATP rated jet pilot, a helicopter check pilot, a senior FAA DPE, or as top level management with a variety of A-list aviation companies.  He brings all his vast experience to SCAUWG. 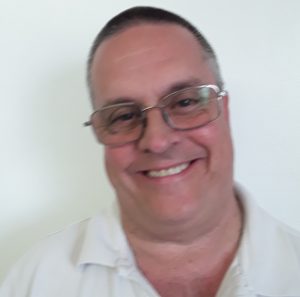 Besides serving at SCAUWG, Michael serves on the FAA safety team as an aviation safety counselor, on the Southern California Association of Governments/Aviation Technical Advisory Committee, and by invitation/appointment to 7 Local Runway Safety Action Teams, including Los Angeles International Airport. Michael’s area of specialty in aviation safety is Aviation Communications: Training and Testing Standards.

Michael has been a pipe organ builder for 50 years, and is also a classical musician. Michael is married to his wife, Shelley, who is a nurse, an d has 3 adult children, and 2 grandchildren.

Long time SCAUWG member Al German, a CFII then representing AOPA in the SCAUWG, created a two-tier timeline depicting challenges and achievements of SCAUWG over the years. The time line, which begins in 1985, is related to the July and December issuance of the Los Angeles Area Terminal Chart -- which seems to most accurately reflect changes in the VFR airspace in Southern California.

The green triangles define the start and/or end of SCAUWGs involvement with respect to the event noted. Section 1 at the top depicts TACs 11 through 34. TACs 35 through 59 are depicted below in Section 2. A .pdf copy of this time-line graphic can be seen here. The graphic shows how, over the years, SCAUWG has been effective in balancing the needs the various Southern California airspace users interests.