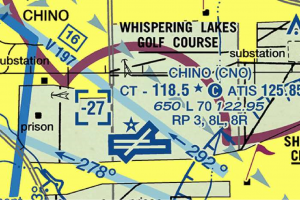 The Los Angeles Terminal Area Chart (TAC) is updated every 56 days. SCAUWG maintains a standing committee that prepares and submits our LA TAC Proposed Changes to the FAA Charting Office.

For a Report by Candace Robinson detailing specific LA VFR Chart Updates/Changes made since January 2021:

View that Page by Clicking or Tapping HERE.

It was the Committee's understanding that the FAA could work on combining the Los Angeles TAC and Helicopter charts for deployment at some future date.  The value of a combined chart cannot be understated in the complex Los Angeles megalopolis area.  Unfortunately, this goal has not been accepted as viable.

The most recent SCAUWG Proposed Chart Changes that have been submitted for review follow.  Please note though, that since these changes have been submitted further surveys and reflections concerning not only the TAC as such, but the Flyway Chart on its reverse side are being documented.   This is a VERY IMPORTANT PROJECT, as updated changes to the Flyway portion of the chart have mostly not been made since the early 90's!  We expect that continued chart analysis will produce more requests for Chart Updates. The following files though, illustrate well the serious nature of this project.

Webmaster note:  SCAUWG represents a compliment of professional association member groups, FAA officials, informed pilots, and stakeholders.  As an organization, we can only suggest and request.  The meaningful contributions already made by SCAUWG and our member groups historically for decades has been successful; and are well documented!  At present, regarding "route changes," SCAUWG has been directed to submit our work-product to SCT, for approval and desired escalation to the FAA Service Center for implementation.  SCAUWG has also repetitively reached out to SCT for their guidance, and/or their solutions to these potentially life and death circumstances that we brought to their attention; and have defined as problem areas. We believe at this moment, the specific responsibility to protect the welfare of the LA Airspace Community, and the welfare of those we fly over in the LA Basin rests squarely upon the shoulders of those responsible for the review of these kinds of affairs at SCT.  We wholeheartedly and sincerely request that SCT management mandate the attention needed to address these matters.

The notice states; "Like other FAA Supplement, Enroute and Terminal products, each new visual navigation chart title panel will indicate the applicable AIRAC effective date range and no longer include an edition number.”

As the IFR charts on 56-day publishing schedule do not have an edition numbers, the new 56-day visual charts will be identified in the same way using effective dates.

Adding space launch activity areas to the navigation charts used by pilots who fly visually responds to the recent and expected continued growth of commercial space operations. All 12 FAA-licensed spaceports, and other federal and private launch and reentry sites, are represented on the charts by a rocket symbol. These areas are in Alaska, California, Colorado, Florida, New Mexico, Oklahoma, Texas and Virginia.

Pilots can download the free charts and reference the FAA Aeronautical Chart User’s Guide for more information. In addition, the FAA encourages pilots to check the NOTAM database  for any Temporary Flight Restrictions (TFRs) issued to divert air traffic from where space operations are scheduled.

In 2020, the FAA licensed 41 commercial space launches and reentries, the most in the agency’s history. For 2021, that number could reach 50 or more.  Pilots also need to be aware of NASA, military and other government launches that the FAA does not license.

To learn more about how the FAA safely and efficiently integrates commercial space operations in the National Airspace System, please listen to the Ticket to Space episode of the agency’s The Air Up There podcast.

At this time the LA TAC Flyway Chart needs to address, via the creation of New Flyway Routes, the following:

These proposals should also consider the added dimension created by the flights that are exiting the LA Special Flight Rules Area, and those flights that are departing the MINI route as well.  Any quick glimpse at the chart regarding this airspace will note that the Long Beach Airport (KLGB) Class Delta airspace looms to the east; and realizing that KLGB accommodates many GA and Commercial arrivals and departures, safe routes for VFR traffic that will avoid conflict with those arrivals, would make improved flight safety sense.

One only has to recall a February 2016 mid-air collision near San Pedro involving a Citabria flying to Torrance (speaking to Torrance Tower) and a Beechcraft 35. That accident resulted in 3 fatalities.