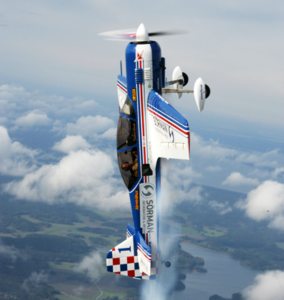 No person may operate an aircraft in aerobatic flight --

(a) Over any congested area of a city, town, or settlement;

(b) Over an open air assembly of persons;

(c) Within the lateral boundaries of the surface areas of Class B, Class C,

Class D, or Class E airspace designated for an airport;

(d) Within 4 nautical miles of the center line of any Federal airway;

(f) When flight visibility is less than 3 statute miles.

For the purposes of this section, aerobatic flight means an intentional maneuver involving an abrupt change in an aircraft's attitude, an abnormal attitude, or abnormal acceleration, not necessary for normal flight.

1) If a chair type (canopy in back), it has been packed by a certificated and

appropriately rated parachute rigger within the preceding 120 days; or

2) If any other type, it has been packed by a certificated and appropriately

(i) Within the preceding 120 days, if its canopy, shrouds, and harness

are composed exclusively of nylon, rayon, or other similar synthetic

fiber or materials that are substantially resistant to damage from

mold, mildew, or other fungi and other rotting agents propagated

in a moist environment; or

(ii) Within the preceding 60 days, if any part of the parachute is

composed of silk, pongee, or other natural fiber, or materials not

specified in paragraph of this section.

conduct, a parachute operation from an aircraft within the United States

except in accordance with part 105 of this chapter.

execute any intentional maneuver that exceeds --

(2) A nose-up or nose-down attitude of 30 degrees relative to the horizon.

(1) Flight tests for pilot certification or rating; or

certificate or rating when given by --

(i) A certificated flight instructor; or

(ii) An airline transport pilot instructing in accordance with §61.67 of this

(2) A personnel-carrying military parachute identified by an NAF, AAF, or AN

drawing number, an AAF order number, or any other military designation